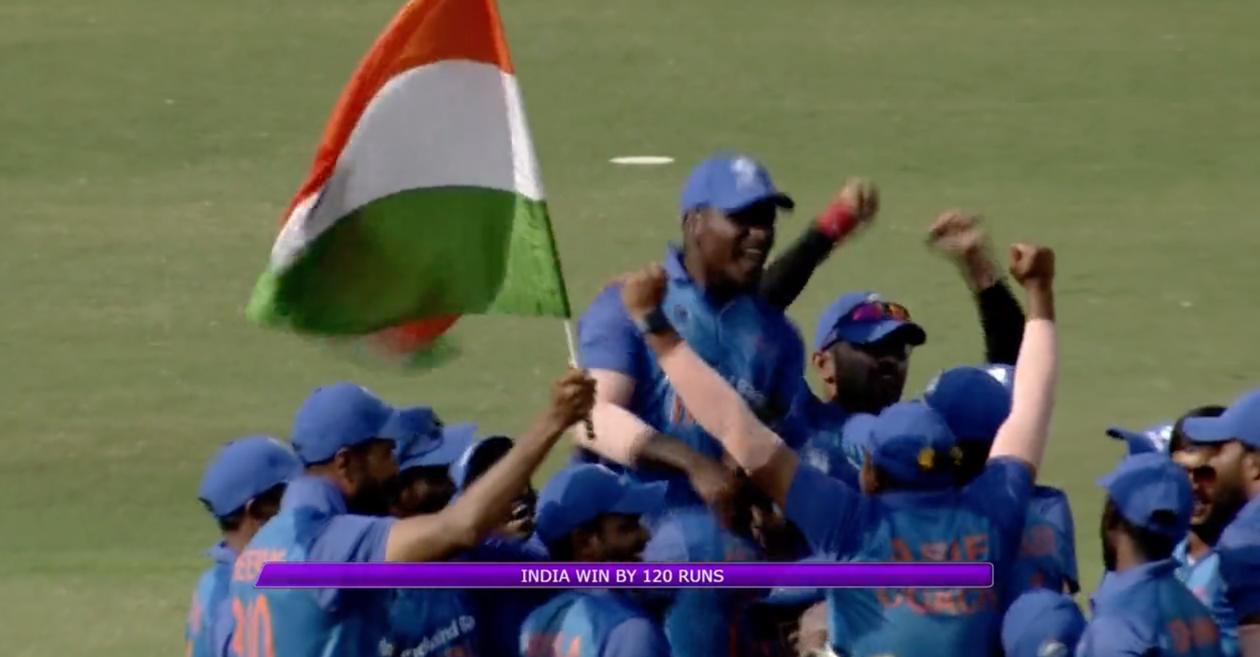 India defeated Bangladesh by 120 to secure their third T20 World Cup for the Blind at the M Chinnaswamy Stadium in Bengaluru on Saturday, December 17.

Opting to bat first, India posted 277 runs on the board for the loss of two wickets in their allotted 20 overs. Sunil Ramesh (136 not off 63) and captain Ajay Kumar Reddy (100 not out off 50) added a record 247-run stand for the third wicket in the tournament finale after the defending champions lost their first two wickets for just 29.

Chasing India’s mammoth total, Bangladesh could manage only 157/3 and lost the contest by 120 runs. For India, Lalit Meena and Ajay Kumar grabbed one wicket each.

Here’s how Twitter reacted to India’s thumping win over Bangladesh:

Many congratulations to team India for winning the T20 World Cup for blind. pic.twitter.com/fbLge7UQVi

India is the most successful team in the World Cup history for Blind. pic.twitter.com/Z8WjzWQkLf