With a day to go for the Winter Session of the Maharashtra Legislature, the Opposition is set to corner the Shinde-Fadnavis government on the issue of pushing development only in selective regions of the state.

While Opposition parties in the state continue to raise the demand for the resignation of Governor Bhagat Singh Koshyari and target the government for losing large industrial projects to Gujarat, they also plan to corner the ruling side by highlighting the prominence given to the Mumbai Metropolitan Region (MMR) by Chief Minister Eknath Shinde “at the expense of the rest of the state”.

What is the Maharashtra-Karnataka border dispute?

The Maharashtra and Karnataka boundary dispute has its origins in the reorganisation of states along linguistic lines via the State Reorganisation Act, 1956. Since its creation on May 1, 1960, Maharashtra has claimed that 865 villages, including Belagavi (then Belgaum), Carvar and Nipani, should be merged into Maharashtra. Karnataka, however, has refused to part with its territory.

On October 25, 1966, the Centre constituted the Mahajan Commission headed by the then Supreme Court Chief Justice Meher Chand Mahajan, at the insistence of Maharashtra. While rejecting Maharashtra’s claim over Belagavi (then Belgaum), the commission recommended 247 villages/places, including Jatt, Akkalkote and Solapur, to be made part of Karnataka. It also declared 264 villages /places, including Nippani, Khanapur and Nandagad, to be made part of Maharashtra. 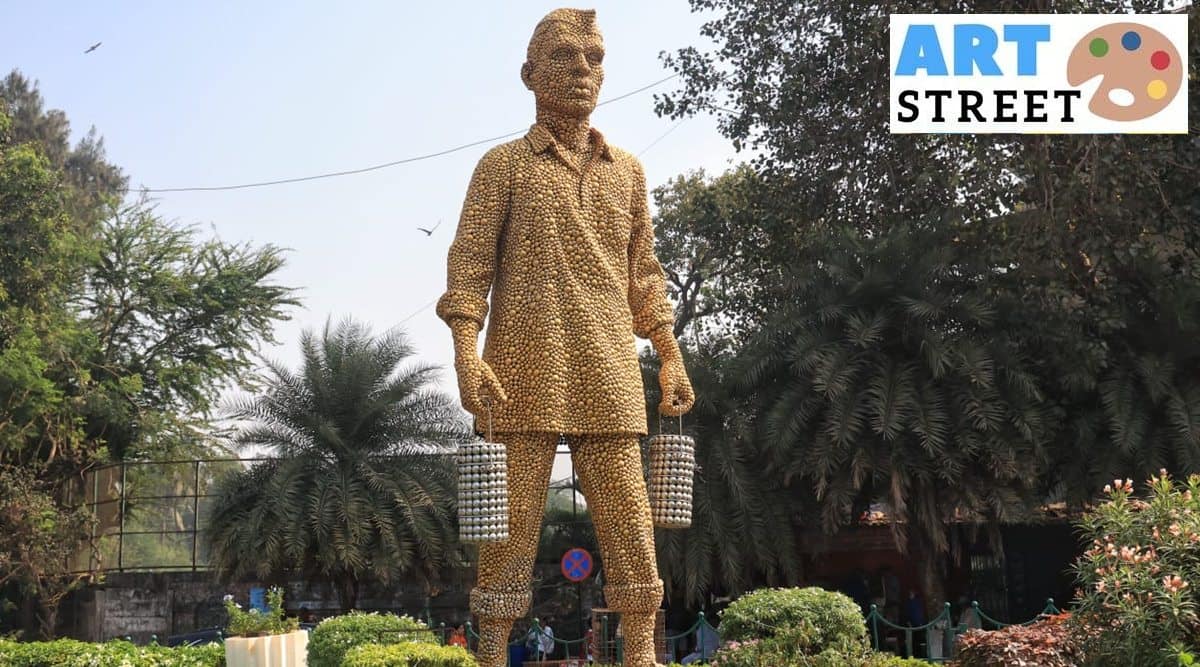 Mumbai’s famed dabbawalas have been operating for over a century, a world-renowned and unique lunchbox delivery system that supplies hot lunches from homes and restaurants to the city’s working class.

The complex-yet-efficient supply chain model of dabbawalas was praised by the then Prince of Wales and now King of the United Kingdom, Charles III, and became a case study for top management institutes in India and abroad. For many migrants who moved to the coastal megapolis, dabbawalas have been delivering homemade food making them feel at home.

As a tribute to thousands of such ubiquitous dabbawalas who manoeuvre through traffic jams on their cycles and swiftly make their way through crowded local trains and station areas to deliver tiffin on time every day, a nearly 14-feet-high shiny and glittery sculpture created by artist Valay Shende was put up at Haji Ali traffic junction in Mumbai in 2017.