In the late 2017s, looking at the turn of events in the space technology sector and the impact of private players the world over, engineers Naga Bharath Daka and Pawan Kumar Chandana weighed the possibility of a vast opportunity in the event of the private sector playing a role. Daka quit his ISRO job in 2015 and his ex-colleague Chandana, who too shared the same views about the opportunities, followed suit in 2018 to become entrepreneurs.

Four years later, on November 8, a tweet from their startup read, “Thrilled to announce #Prarambh, our maiden launch mission, also the first for the Indian private space sector, with launch window between 12-16 Nov ’22. Thanks to Chairman @isro for unveiling our mission patch and @INSPACeIND for all the support. Stay tuned #OpeningSpaceForAll”

Excitement is up, with our launch window getting narrower. Exhilarating days at the launch pad, with our crew preparing for the big day. Heartbeats quicken. All gazes are up to the sky. The earth is listening. It all points to 15 Nov ’22 for launch. #Prarambh #OpeningSpaceForAll pic.twitter.com/lmBJLRczgq

“It was a giant leap of faith, but with conviction,” says Daka, now 33, and COO and co-founder of Hyderabad-based Skyroot Aerospace. Chandana, 32, the CEO, adds that it was more of a chicken-and-egg story at the time while they watched developments in the US and Europe. “Without players, there cannot be a policy and without policy, there cannot be players. We thought we will start and when more like us join in the journey and there is a noise, the government will take note and offer support,” he tells indianexpress.com over the phone in the middle of a hectic launch campaign from ISRO’ Satish Dhawan Space Centre in Sriharikota.

With the launch of Vikram-S, a major milestone for the country, Daka and Chandana will join an elite list of private space tech players worldwide who have shown the capability to provide space transportation services.

Fortunately for them, that is what happened in 2020 when India’s space sector was opened up to private players. The duo, who consider ISRO founder Vikram Sarabhai as their role model, have named their rockets “Vikram series”.

Vikram-S launch from #Sriharikota launch facility postponed due to “inconvenient weather forecast” Next window is between 15 and 19 November, with the most likely date being 18 November 2022. The time given for launch is 11.30 am. @SkyrootA #rocket @IndianExpress

Owing to inconvenient weather, the launch window was later changed to November 15-19 and the liftoff of Vikram-S, a suborbital rocket, is most likely to take place on November 18, according to Skyroot. 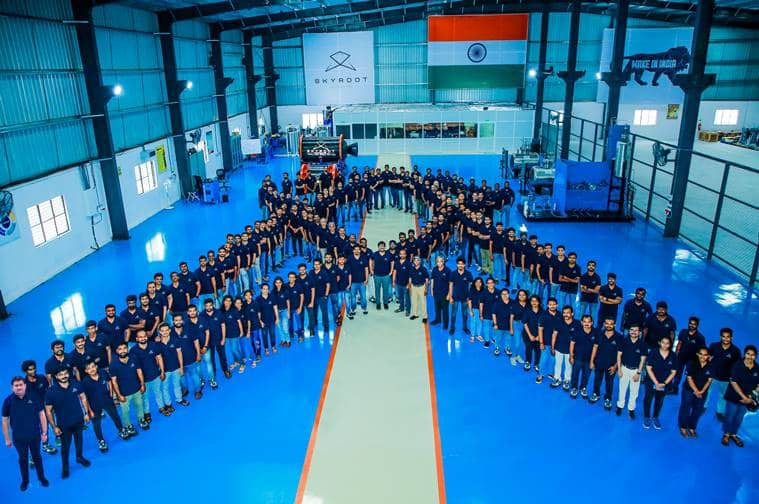 Hailing from Visakhapatnam in Andhra Pradesh, Chandana, whose father worked as a civil engineer in the Vizag port, says there is a crazy mix of nervousness and excitement about having reached this point. Back in 2018, when he told his family about his decision to quit the ISRO job to become an entrepreneur, the family took it well, with the same crazy mix of nervousness and excitement. “My father was an entrepreneur before he took up a government job and I was quitting my government job to become an entrepreneur. Even though there was a bit of discontent, they were very excited as I took the bold decision and started the journey,” says Chandana, who graduated from IIT Kharagpur and landed the ISRO job through campus placements.

Daka, who grew up in Hyderabad and graduated from IIT Madras, says, “Pawan and I had been colleagues at ISRO since 2012. Being space enthusiasts, it was a big opportunity to work for ISRO. We got to work on some of the prestigious projects including ‘Bahubali’ GSLV Mark III. It was a great learning experience.”

“I was so fascinated in my childhood that humans could build a machine that can go to space. I used to follow news of rocket launches and this fascination grew 100 times while working at ISRO,” he adds.

Skyroot’s new statement is “open space for all” and Pawan believes space, which was accessed by only a few till now, will sometime soon become as easily accessible as a cab. “That is our aspiration. It will become possible when you keep launching regularly instead of one or two a year. One launch a week and you succeed each time, it then becomes more like a cab to space. Book a rocket as and when the demand arises,” he says. 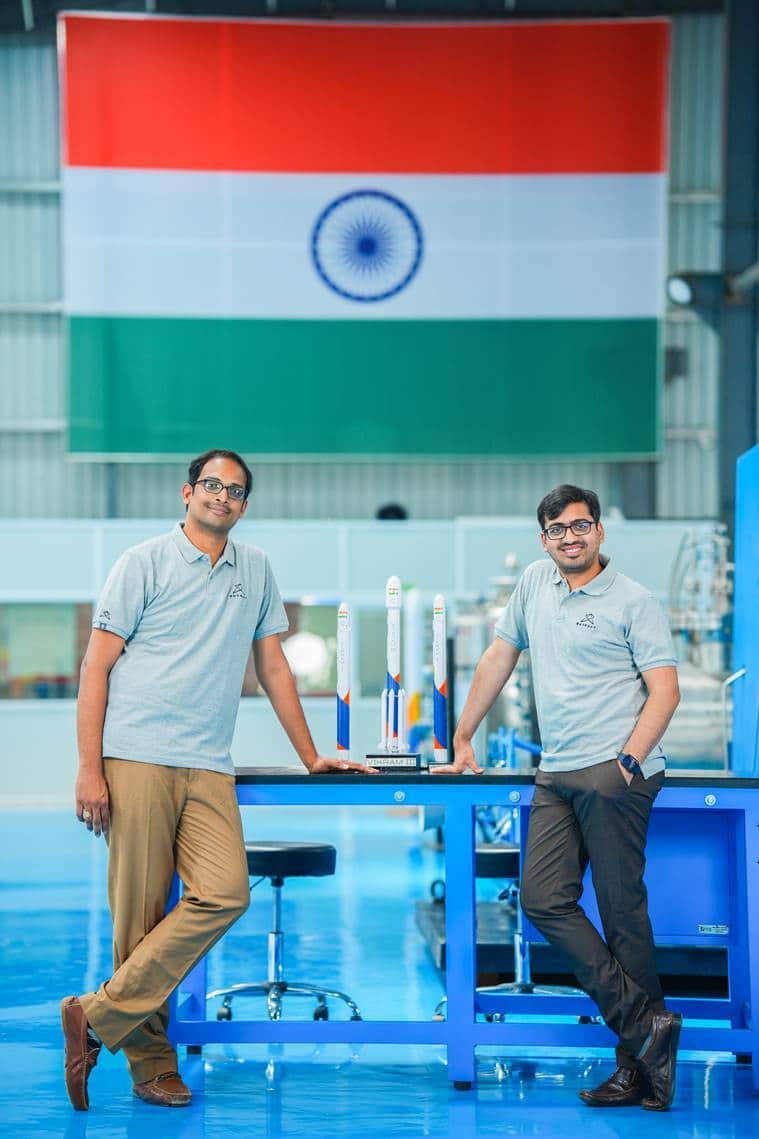 “There is a very famous saying by Dr Kalam sir that if you bring the rocket to the launch pad, 50 per cent is done,” says Chandana.

Vikram-S, the suborbital rocket that can carry payloads to space, according to him, can be mass-manufactured like a car. The challenge, however, is to reduce the cost and increase reliability, which will begin with the first demonstration launch at Sriharikota. The mission has been aptly named Prarambh (beginning). With this demonstration launch of Vikram-S, the company aims to showcase and prove the capabilities of almost 80 per cent of the technology used in the big-ticket Vikram-1, slated for a launch in the third quarter of 2023.

Though it may seem like a quick journey from launching a startup to launching its first rocket to space in four years, it was not. Apart from the Covid pandemic, raising capital was a big hurdle. “It’s the first time someone said ‘we are going to build rockets’. And one needs to spend hundreds of crores for designing and developing before making revenues. At each stage, we had to break the ceiling that never existed. That is what happens to the first and the best,” says Chandana, adding that they were happy to be the largest-funded space startup in the country.

Daka and Chandana believe that being among the top five economies and having the most cost-effective space agency provide India a huge opportunity if private players are allowed to play a role. It is this realisation of possibilities for the private sector in space that led to their conviction. “Following international trends, we knew if it had to happen anywhere else, it was in India. The transition ought to happen, we knew,” says Daka. Chandana says “After joining ISRO, we realised that there is a lot to be done as a country and that there is also a lot the country can do for the world.”

With the launch of Vikram-S, a major milestone for the country, Daka and Chandana will join an elite list of private space tech players worldwide who have shown the capability to provide space transportation services. “Rockets are always crazy, tricky and notorious for blasting and failing. Historically we have seen that. We never know what goes wrong even if we get everything perfect. But there is a very famous saying by Dr Kalam sir that if you bring the rocket to the launch pad, 50 per cent is done. Being the first in the country is very special,” adds Chandana, who will be the mission director for Prarambh.

Puducherry govt geared up to meet any exigency in case of cyclone: CM N Rangasamy

Businessman gets alcohol-addicted son killed by hitmen, held with six others: police

Builder duped of Rs 55 lakh with promise of stakes in...

Puducherry govt geared up to meet any exigency in case of...

“He Could Have…”- Sunil Gavaskar On Rohit Sharma