The Coimbatore blast is a definite act of terror, top intelligence sources told CNN-News18 on Monday.

Recoveries of explosive material like potassium nitrate and sulphur were made from the house of Jamesha Mubin who was charred to death in an alleged cylinder explosion on Sunday.

Mubin on his display picture of his mobile phone had written that “if the news about my death reaches you, forgive my mistakes, hide my shortcomings, participate in Janaasa and pray for me”, which is an indication of a suicide mission, said the sources.

Eight associates of Coimbatore resident Md Azharuddin who were arrested in 2019 by the National Investigation Agency (NIA) on inputs from the Intelligence Bureau for Islamic State (ISIS) links after the Sri Lanka Easter bombings were picked up for questioning, officials said.

They are Umar Farooq, Rajak, Qibla Bashir, Saddam Hussain (three of them in the same name), brother-in-law of criminal Kichan Buhari, and Sanofar. Umar Farooq has formatted his phone, sources said.

Mubeen was not questioned during Azhar’s interrogation, they added, but he is a remnant of the Azharuddin module.

Officials said CCTV footage of the loading of cylinders by Mubin was found and enquiries are on to identify his associates.

There was an explosion at about 4 am in a Maruti car just opposite the Kottai Eswaran temple in the Ukkadam area of Coimbatore. Two gas cylinders, marbles, and nails were found. 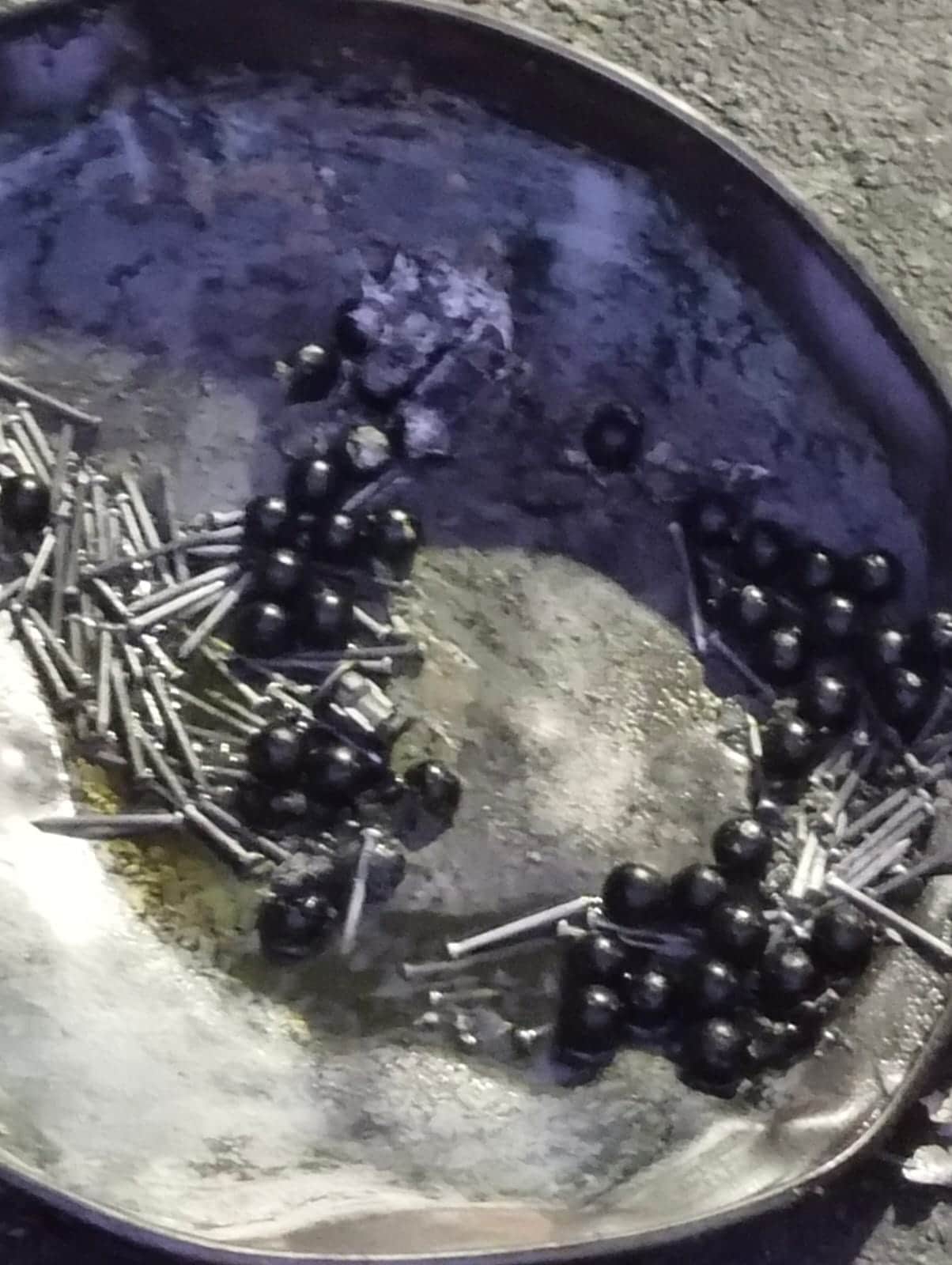 One person in the car was dead; officials said he’s believed to be circumcised.

The asbestos sheet in front of the temple was damaged and no one else was injured.

Later, Mubin was identified as the person responsible for this blast.

In CCTV footage, he was seen loading cylinders, and he is a scrap dealer.

Officials said this is an ISIS radicalised group that was associated with Lashkar-e-Taiba in the past.

They added that the plan was likely to trigger the suicide blast at a time when the maximum crowd comes to the temple and that is probably why he had gone there around 4 am. But during circuit-fixing, the explosion occurred.

This case is likely to go to the NIA.

Intelligence officials said agencies feel helpless when dealing with people like Mubin because while they know such persons are radicalised, investigation bodies don’t pursue these cases because of difficulty in prosecution through courts.

They added that Mubin had been identified but not kept on the radar due to only the radicalisation factor.

G20 Events to Be Held Across India, Says Jaishankar

Farmers to March to Raj Bhavans Across Country

Infant Dies After Swallowing Fish Given by Neighbourhood Kids

Situation Tense But ‘Under Control’ Along Violence-hit Assam-Meghalaya Border

G20 Events to Be Held Across India, Says Jaishankar