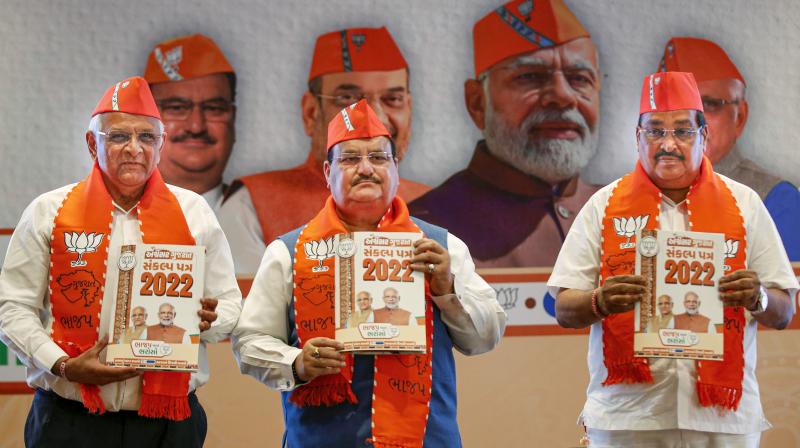 Gandhinagar: The Bharatiya Janata Party (BJP) on Saturday released its manifesto for next month’s Gujarat Assembly elections, in which it promised to implement the Uniform Civil Code (UCC) in the state if the party retained power.

In the manifesto, which was released here by BJP president J P Nadda, the party also promised free education to girls from KG to PG (kindergarten to post-graduation).

It also assured that the amount of medical insurance coverage under the Ayushman Bharat scheme would be doubled from Rs five lakh to Rs 10 lakh.

Nirmala Sitharaman likely to be discharged from AIIMS on Wednesday

KCR to waive farm loans up to ₹1 lakh